Since 2012, the DPA has conducted numerous projects through the Greater Binghamton area with the help of volunteers, community sponsors, and individual donations. 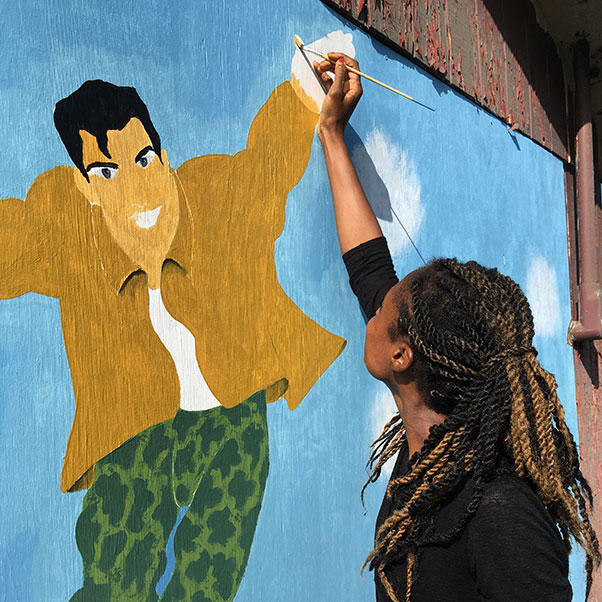 The Dept. of Public Art was created in 2012 with the intent of creating and encouraging public art, or as we like to say, “art in public.” The primary focus of our work is the installation of permanent as well as temporary murals. Further, we seek to re-awaken a sense of pride in cities, communities, and neighborhoods by enhancing its visual appearance. DPA is responsible for 10 permanent murals, placed murals on 11 properties, and installed 37 individual mural panels. Additionally, DPA members individually have created 10 other murals in the community. We have a hard working committed core group of 8-10 people and up to 100 artists who have had an interest in painting on public art projects.

In 2012, DPA Sponsored a series of mural arts skill building workshops including an air brush school that created two murals in the Water St. Parking Ramp. The basement of 213 State St., below theCooperative Gallery, was developed as a studio space for workshops and storage of materials.

In 2013, we accomplished a major installation at the Water St. Parking Ramp depicting the inventions developed on that site that have led to the “Birthplace of Virtual Reality.” The inventions are the Bundy time clock which became IBM and the computer, the player piano which pioneered robotics, and the Link Flight Simulator which was an early virtual reality device. The American Dance Asylum’s Parking Ramp Dances which combined live performance and video feedback are commemorated by stencils in the ramp.

Mural Fest was introduced to DPA by re-BOLD Binghamton, a Binghamton University group in 2014 as a way to celebrate and promote public art and the creative strategies of place-making in public space, all vital to Binghamton’s redevelopment initiative.

In 2015, Mural Fest blossomed in downtown Binghamton and dozens of artists created 30 original mural panels that would be placed on boarded up buildings. This “Blight is our Canvas” initiative is ongoing. Eleven of the panels were food themed and placed on one building on Chenango St. in a neighborhood that is a food desert with no access to fresh fruits and vegetables. Other installations created semi-permanent murals such as “Cat Fishin’” covering a whole building on Jarvis St., two store fronts on State St and a storefront on Glenwood Ave. The Chenango St. Food Mural did actually become a deli and laundromat and the murals on those buildings were distributed to several VINES gardens.

In 2016, Mural Fest participants created 5 permanent murals (at Cheri Lindsey Park in Binghamton and behind nearby Binghamton Plaza), as well as two murals on cloth, and 20 smaller panels that are being posted in various places in the area. DPA is focusing more and more on engaging communities, including neighborhoods, students, and artists, in a range of artistic activities, including mural painting, chalk art, upcycling projects, and children’s activities. A major feature of Mural Fest events is a “Box City” for children to paint; DPA volunteers construct up cycled cardboard houses and creatures that children paint and take home which was delight for young people and their parents. Mural Fests also typically involved live music.

In 2017 and 2018, DPA brought Mural Fests to Floral Ave. Park in Johnson City. DPA artist painted virtually every surface of the structures at the park including the inside of the bathrooms, transforming the culture of the park. The Parks Dept. reported a reduction in tagging and destructive behavior at the park.

In 2019, DPA returned to Cheri Lindsey Park to partner with the Backpacks for Kids Giveaway to provide activities for the 300+ children in attendance. Adult artists produced murals on cloth banners that were subsequently placed at nearby Theodore Roosevelt School.

In 2020, with COVID restrictions, eight artists from the DPA created murals of Zoo animals making their way to the entrance of the Ross Park Zoo. Another DPA artist, Susan Champeny, created a large mural on fabric for the front gate.

A major installation in the Chenango St. Underpass, started in 2019 and to be finished in 2021, creates a sculptural effect on the concrete and will be embellished with children and doors to scenes to stimulate their imagination. 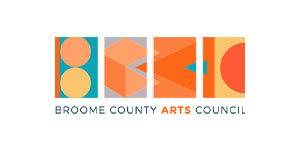 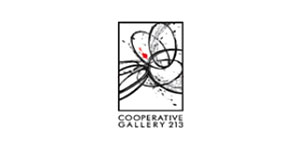 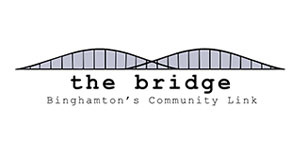